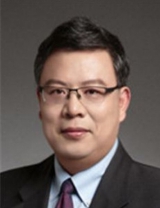 Academician of the Chinese Academy of Engineering

Mr. YOU's research orientation includes micro-nano technology, intelligent micro system technology and application. He once received three second prizes of National Technological Invention Award, two second prizes of National Sci-tech Progress, and more than ten provincial and ministerial sci-tech awards that are not duplicate with national awards. He was awarded the title of “excellent Chinese postdoctoral fellow” by the Ministry of Personnel, elected as the Distinguished Professor in the “Chang Jiang Scholars Program” of the Ministry of Education, and included in the “New Century Talents Project”. He was elected as the Academician of the Chinese Academy of Engineering in 2013.

At present, He is the Director-General of China Instrument and Control Society, member of the National Manufacturing Strategy Advisory Committee, member of the Expert Panel of Earth Observation and Navigation of the Ministry of Science and Technology, and head of advisory team of Intelligent Manufacturing Standardization of the Ministry of Industry and Information Technology.

Mr. Zheng YOU was nominated as president of Huazhong University of Science and Technology (HUST) in October 2021.